One job I forgot to mention in my last post was the window tinting. This is something I had to do before I could refit the kitchen, bathroom, and wardrobe.

I needed to completely black out the window behind the wardrobe, and the bathroom window, (these are the same two windows as the two shown in the picture below, but on the opposite side of the vehicle). 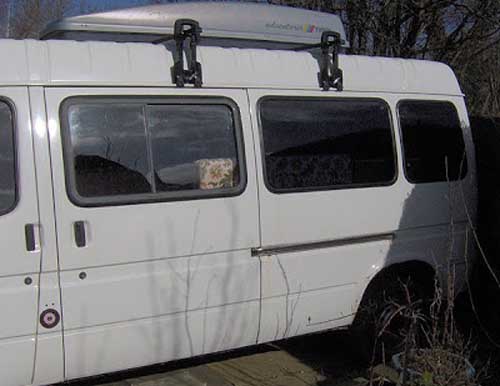 Tracking down the tints…

I found a company that supplied blackout film which only lets in 2.5% light, and looks completely black from the outside. Ideal, I thought. Anyway, I ordered it, but what actually turned up, was Limo black, which lets in 5% light!

I’ve used the Limo black, to black out both the window behind the wardrobe, and the bathroom window, see pictures below…

This is the window behind the wardrobe… 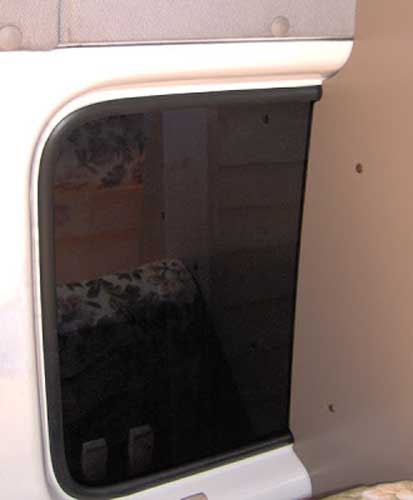 and this is the bathroom window. 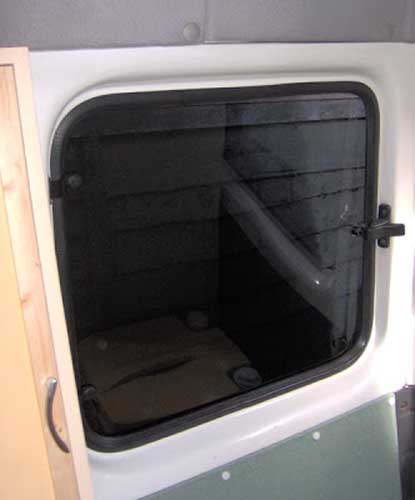 And I used the dark smoke on the other side (kitchen area) as shown in the top picture. I can’t use the tint on the two rear door windows because the heated window elements sit proud of the window, so I’m going to make some plywood blanks and paint them black.

I won’t even begin to tell you about the fun I had sticking this stuff to the windows! All I can say is, that if you’re fussy like me and want a professional looking job, buy a bit more than you need so you can get the knack of it, as it can be very unforgiving. But at least it is done, and we think the campervan looks great with its new shades!

Next > Tiling the kitchen