A campervan reversing camera can be worth its weight in gold. Most campervans and motorhomes have a very limited view (or none at all) of the rear of their vehicle. So fitting a reversing camera makes perfect sense as it makes reversing and parking much easier and safer.

Having a clear view of the rear of your vehicle will help you avoid obstacles that may damage your pride and joy. A surprising number of insurance claims are by owners who have either damaged their own vehicle or someone else’s when reversing. This can increase your insurance premium – another good reason to invest in a reversing camera.

Some campervans and motorhomes already have reversing cameras fitted as standard. But if yours doesn’t, what options are available? and how easy are they to install? Let’s find out…

There are basically two types of reversing cameras – wired and wireless.

Both have their pros and cons.

Means that the monitor and camera are connected by wires. These systems usually offer the best picture quality and are not prone to interference like some wireless systems are. One, two and even four camera options are available. (Multiple cameras are only really necessary for large motorhomes.)

The wires will need to be routed through (or under) the vehicle, and physical connections made. If you own a large motorhome, then generally a wired, twin camera reversing camera system would be a more suitable option than a wireless system.

Wireless systems are generally easier to install than wired systems:

Wireless reversing camera kits use two forms of technology to transmit the signal:  analogue and digital.

Analogue Systems are usually the cheapest option. But they are far more susceptible to interference and poor picture quality. (We had an analogue wireless system once and it had all the above mentioned faults.)

Digital Systems are a better option. If you are considering going wireless, you’ll thank yourself for buying a digital system with a ‘longer than required’ specified operating range. This will really help to minimize signal interference from external sources.

Lets look at the individual components…

There are two types of cameras commonly found on reversing cameras systems, CCD and CMOS…

Both types of sensors work by converting light into electrons. A camera with a CCD (charge coupled device) sensor will produce a much better quality image than a cheaper camera fitted with a CMOS (complementary metal oxide semiconductor) sensor, which is much more prone to noise and will have a lower picture quality.

Are two cameras better than one?

Well, this all depends on the size of the vehicle. If you have a large motorhome, for instance, a two camera system can work well. One camera can point towards the ground (or towbar, if fitted) and the other camera can be mounted higher up for a broader view.

It’s common to have the camera that is facing the ground (or towbar) activated only when reverse is selected. The second ‘higher up’ camera can be wired to be on all the time, so it can be used as a rearview mirror, handy for motorway lane changes, etc.

If just one camera is fitted…

Then, if possible, mounting it high up will give the best all-around view and help to minimize blind spots. A camera mounted high up will also be less likely to get covered in dirt and spray in wet conditions.

Such as the Dometic PerfectView 360 use four cameras to give a 360-degree all-around view. They are not cheap – but if you have a large motorhome they might be worth the investment.

One last consideration when choosing a camera…

If possible, buy one which has infrared diodes or bright LEDs for low light/night time reversing. 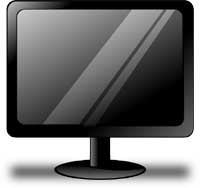 This type of connector makes it very easy and convenient to power the monitor but can look a little messy with the wire hanging down the front of the dash.

The 12v cigarette connector will need to be removed when not in use to stop it drawing power from the vehicle’s battery.

If you hard wire the monitor into the vehicles wiring, then an isolator switch can be fitted to avoid this.

Include a dual purpose rearview mirror type, where the monitor/mirror clips onto the vehicles existing rearview mirror. This has the advantage of keeping the monitor off the dash. However, the picture is usually pretty small and running the power cable to a power source can be tricky, especially if you want to try and hide the cable.

If you own a smartphone…

And don’t want a monitor permanently mounted on the dash – then how about using your smartphone as a monitor? This reversing camera system uses a camera with a built-in WiFi chip. The camera actually creates its own hotspot (with a range of up to 30m) which the phone then connects to like any other hotspot. How cool is that!

Some reversing camera systems have a microphone incorporated into the camera and speakers built into the monitor. This enables the driver to hear as well as see what’s going on behind the vehicle.

At first, this seemed a bit gimmicky to me. But it could prove to be useful to hear instructions/directions being given over the noise of the engine by someone at the rear of the vehicle . 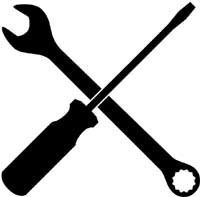 Let me outline the basics of installing a reversing camera…

A long (fused) feed from the positive terminal of the starter or leisure battery could be used – with an on/off switch mounted somewhere on the dash. This is a more involved installation option, as the feed wire would need to run inside or underneath the vehicle, and any holes drilled in the bodywork would need to be carefully thought out.

If you don’t fancy drilling holes in your vehicle…

Then you could always mount the camera inside the vehicle looking out of the back window if you have one. This would also have the benefit of protecting the camera from any dirt and spray thrown up from the road.

If you’re confident in your electrical know-how and prefer to pick and choose each component, then you can buy a monitor, camera/cameras, and wiring all separately, and make up your own reversing camera system.

However, if this is your first time buying and fitting a reversing camera, then a complete kit (with fitting instructions) is probably the best way to go. This way, at least you know that everything is going to be compatible.

(These have been  judged on price, features, quality and Amazon customer reviews.)

The kit includes a 12v/24v 7″ TFT colour monitor (measuring 171mm × 115mm × 16 mm) with glare protection from bright sunlight. The monitor has a mirror image button, which when pushed shows the same view as if you were looking in the rearview mirror. The monitor has 2 video inputs, so you can add a second camera if you wish.

The waterproof high-resolution CCD camera has a 120-degree viewing angle and is fitted with an anti-glare shield, as well as 18 infrared diodes for night vision capabilities. The camera can be adjusted to offer the best viewing angle for your vehicle. The kit comes with 20m of cable making it suitable for long motorhomes.

This system is well worth considering if you’re looking for a quality wired reversing camera solution at a very reasonable price. Have a read through the Amazon reviews where you will even find some pretty good installation instructions by one motorhome owner who bought the system.

The Auto-Vox M1W (the W stands for wireless, it’s also available as a wired version – the M1) is an affordable, easy to fit, wireless reversing camera kit.

The kit uses digital rather than analogue technology to provide a clear and stable image. The adjustable compact waterproof HD camera has a 170-degree wide viewing angle, and also incorporates 6 super bright LEDs that are automatically turned on in low light conditions.

Unusually the transmitter is a separate unit and not built into the camera like on many other wireless systems. This has the advantage of enabling you to locate the transmitter closer to the monitor/receiver, which will provide a stronger more reliable signal. The transmitter is also waterproof, so can be fitted inside or outside of the vehicle.

The 4.3″ colour TFT monitor has a suction pad mount so can be fixed to the windscreen or dashboard. The mount also rotates 360 degrees to provide the perfect viewing angle. The monitor is powered by a standard 12v cigarette plugin type connector.

Installation of the Auto-Vox M1W  is very straight forward…

That’s all there is to it – simple!

The Auto-Vox M1W is one of the most popular digital wireless reversing camera kits. It’s ideal if you just want a simple, good quality setup without spending much money. Have a read of the Amazon customer reviews and see for yourself.

There are numerous reversing camera kits on the market, and at first glance they may seem to all do the same job, but it’s only when you start to dig a little deeper that you realise that quality, reliability, and function vary a lot.

As you’d probably expect from this sort of technology, most reversing camera kits are generic products made in China. Now, this is not necessarily a bad thing as long as you do your homework.

My advice before buying would be to read through the reviews from people who have actually bought and used the product. In my experience, this is always the best way to make a decision on whether to buy or not.

So, just to recap on what to look out for when buying a reversing camera for your campervan or motorhome:

Liked this post? You may also find this article useful – Buying a power inverter for your campervan – A to Z guide

Explore over 1 million titles, thousands of audiobooks and selected magazine subscriptions on any device. 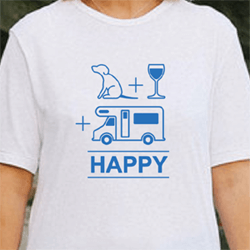